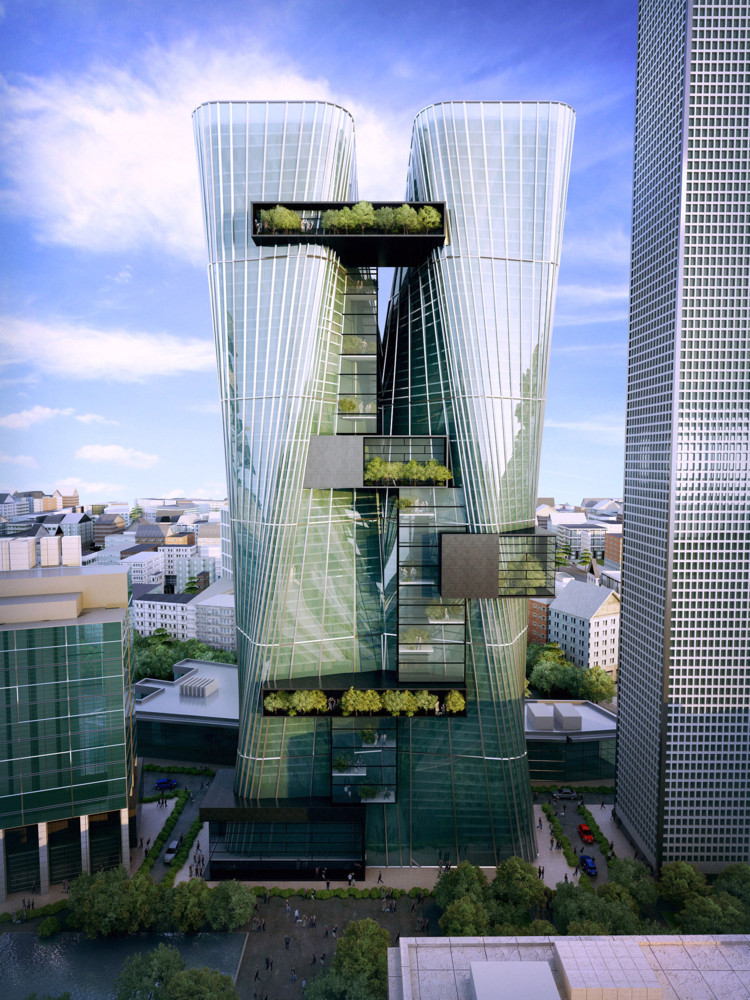 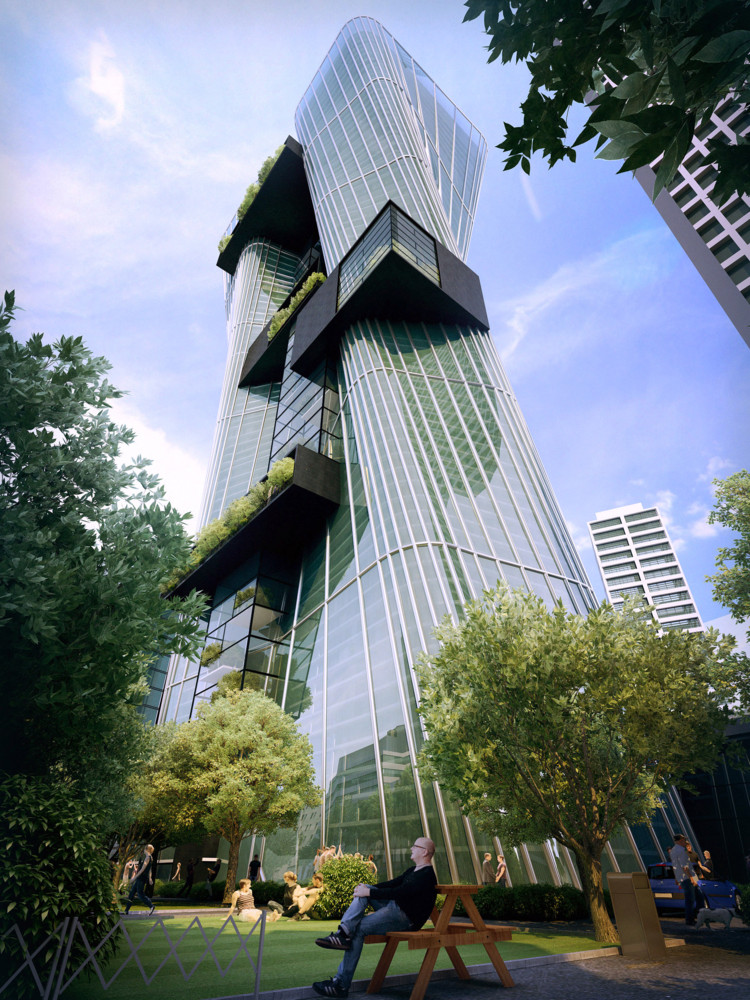 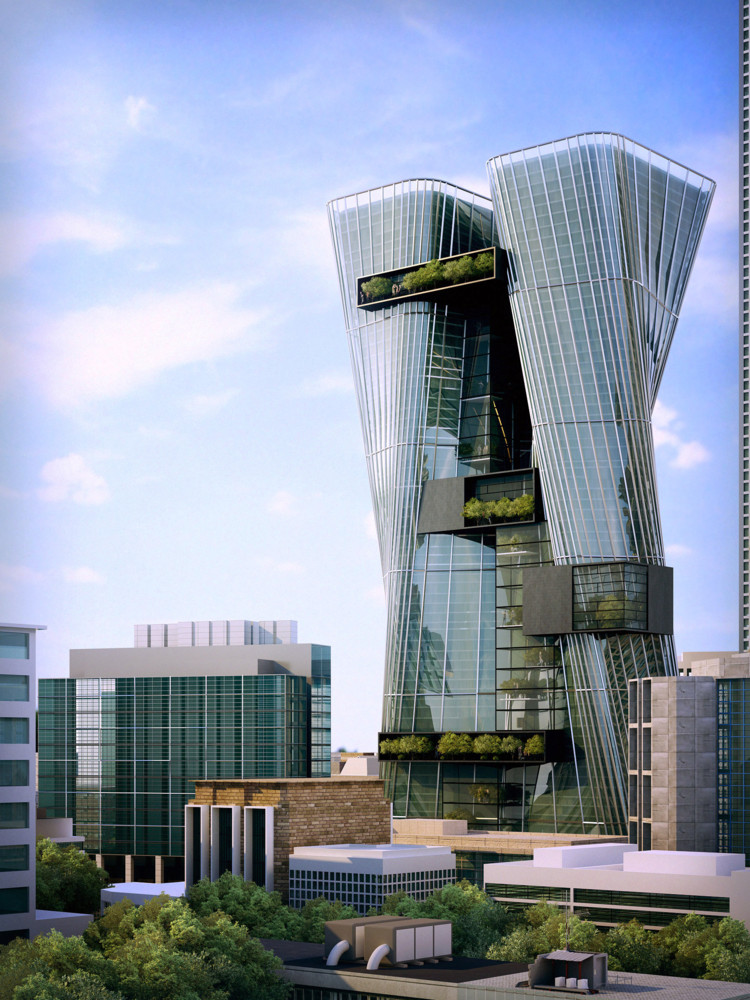 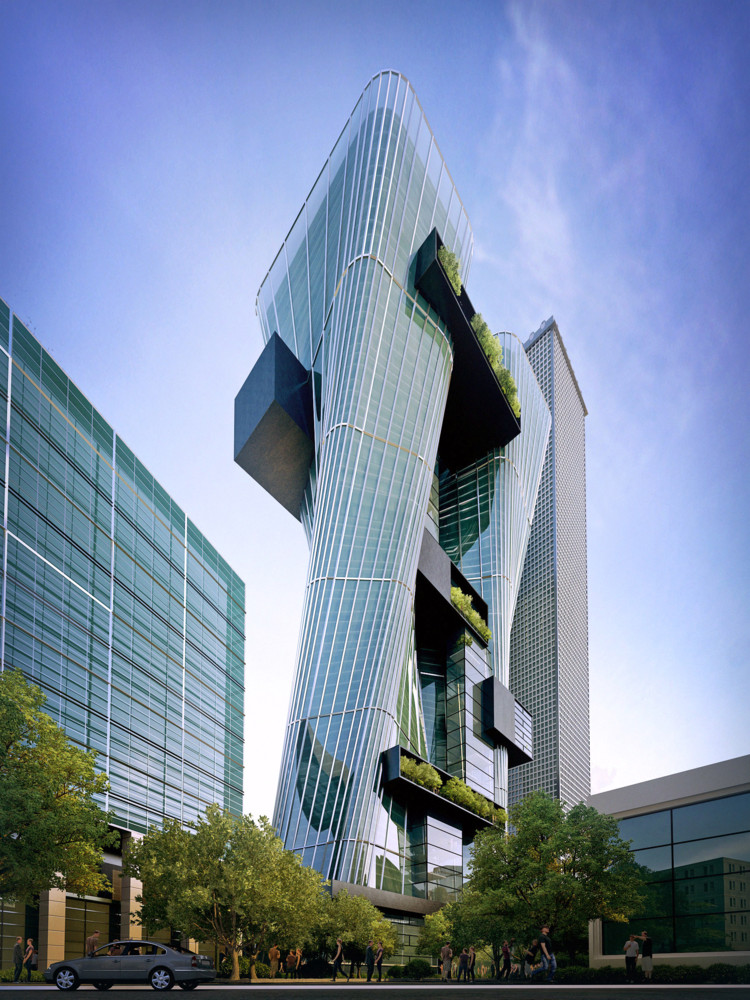 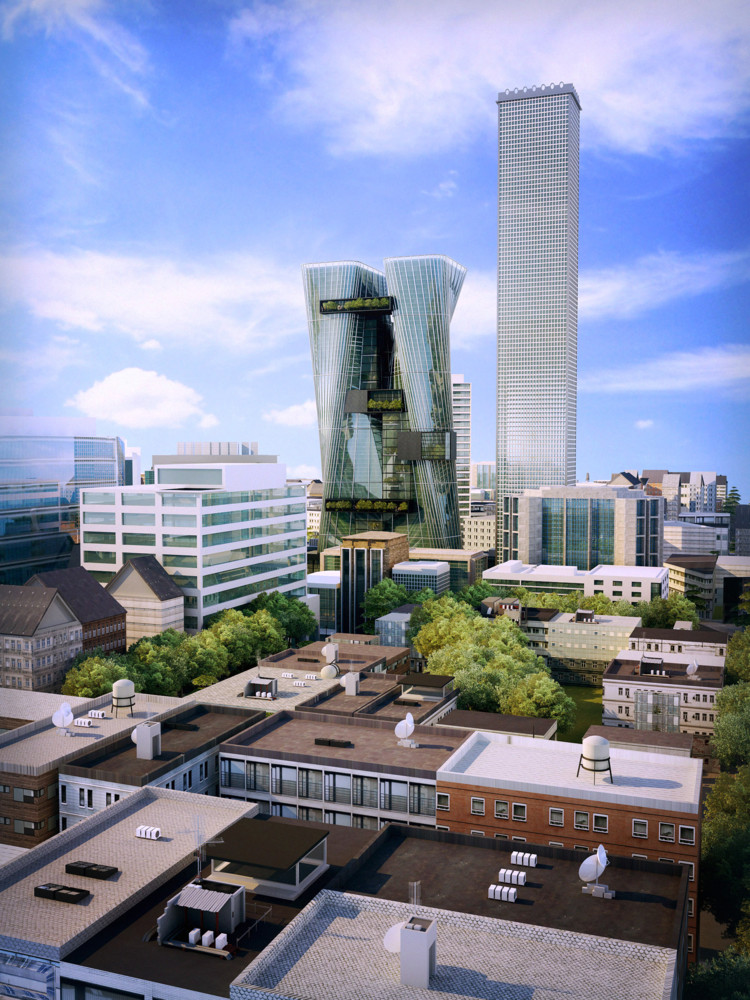 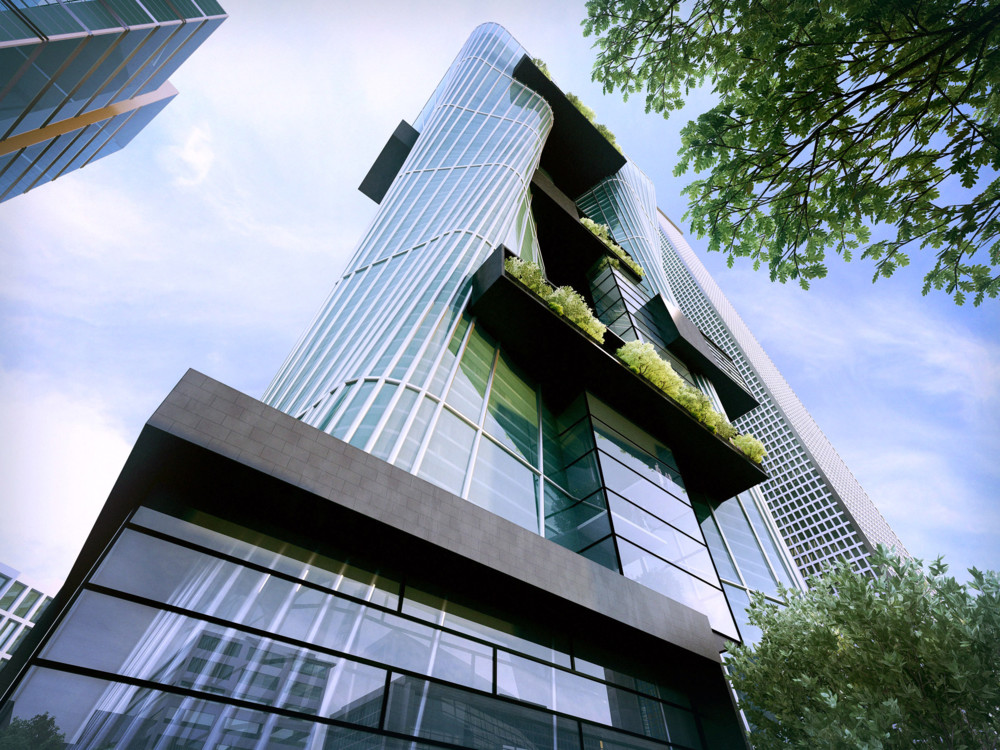 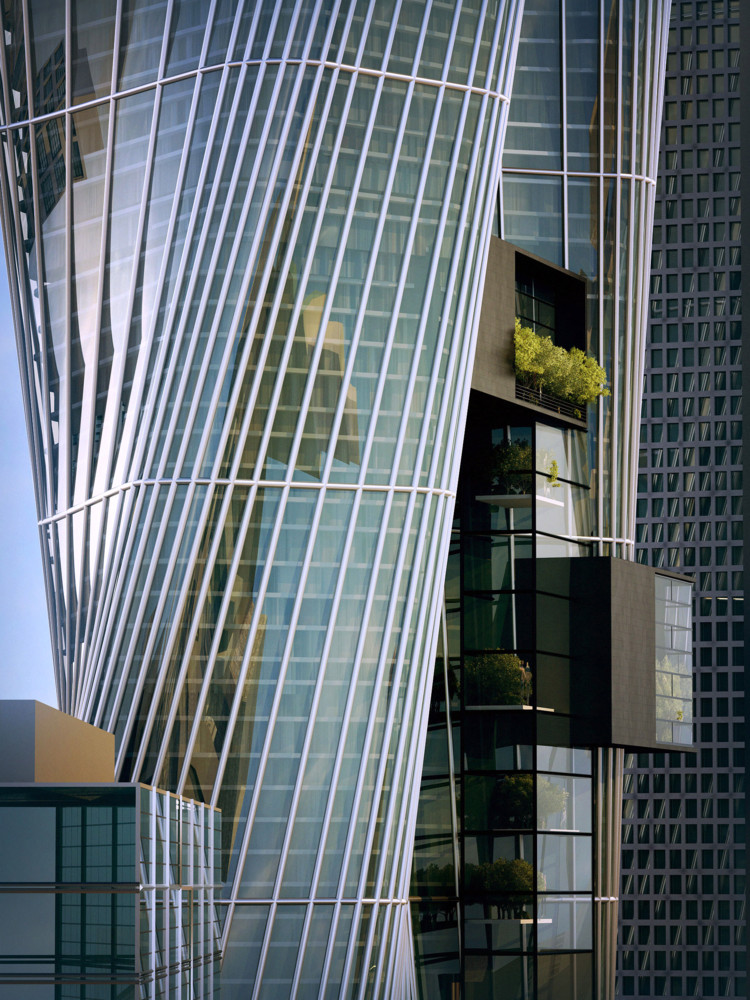 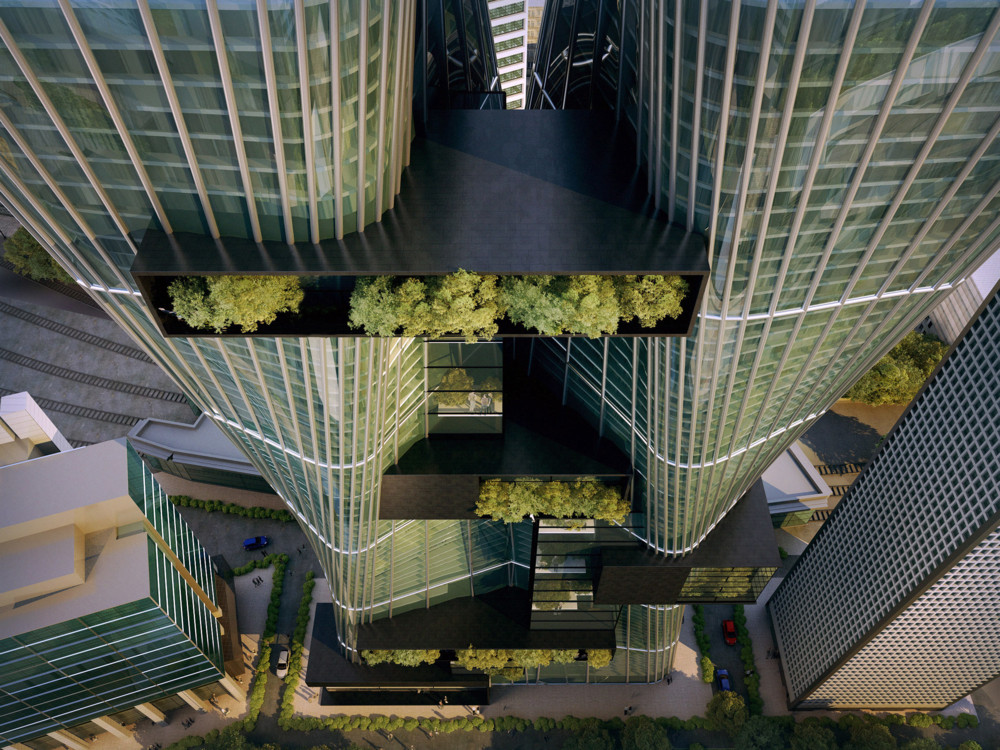 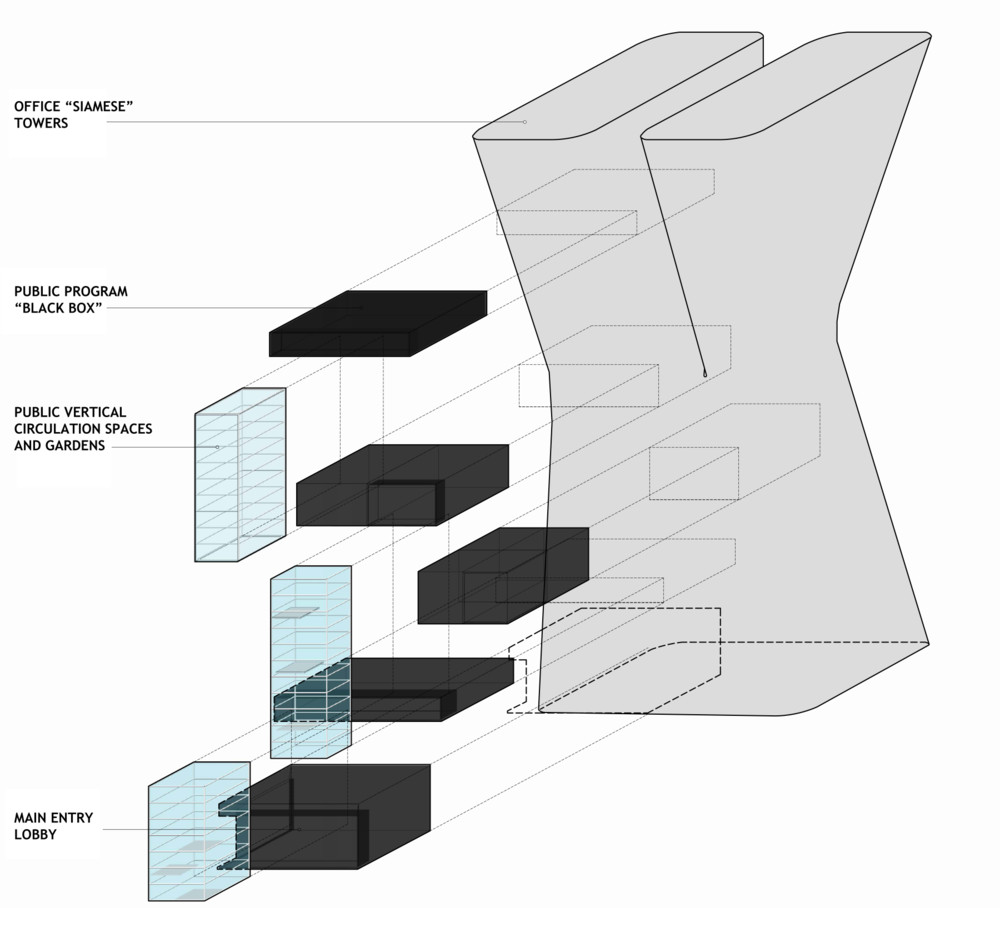 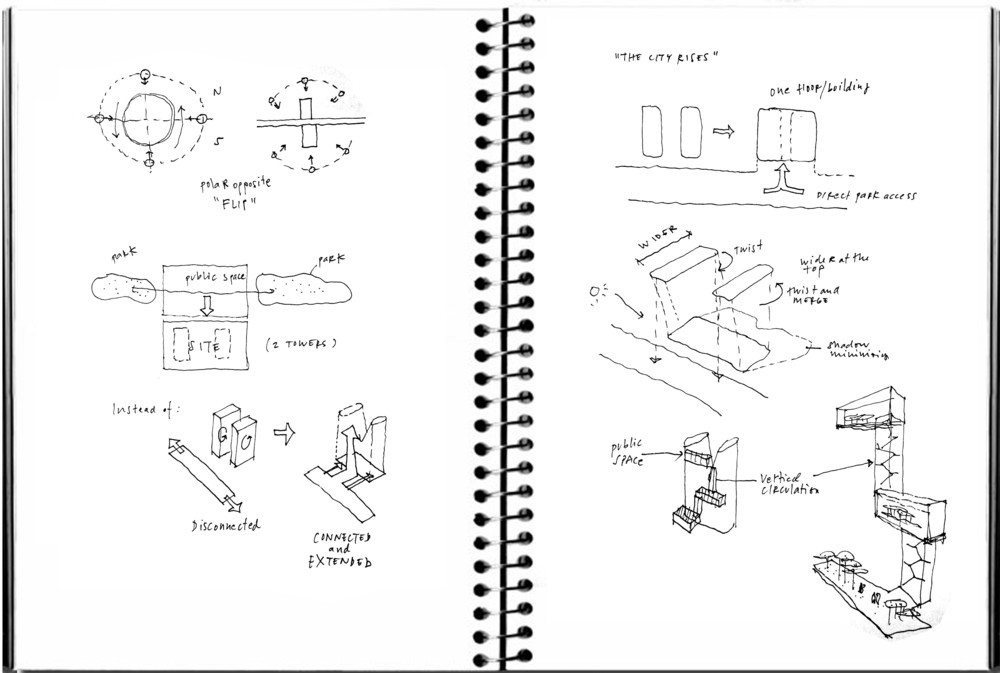 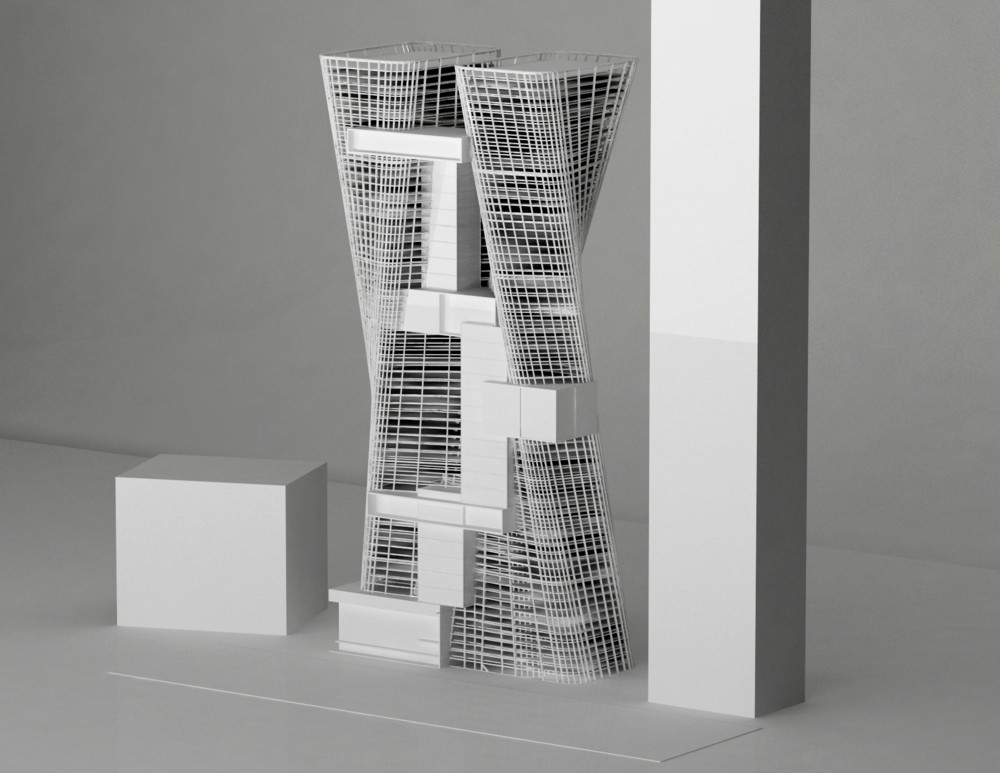 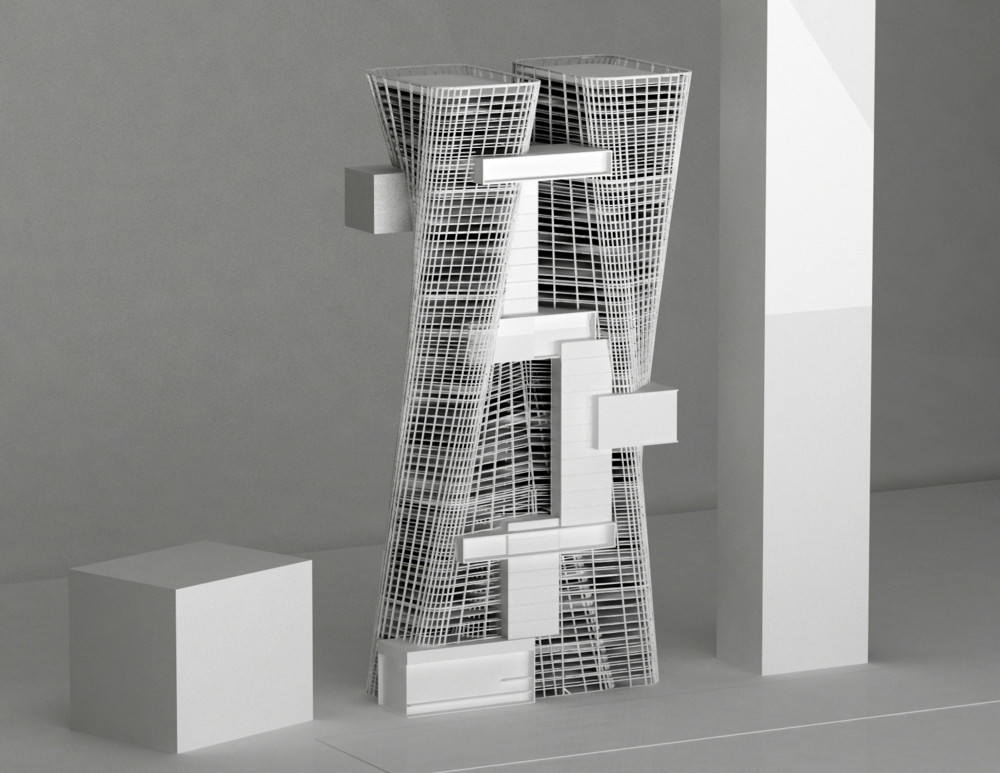 Symbol of Parramatta new Rise, the concept design for the office towers 5 and 6 is expressed via both a vertical torque and outward projection towards the public mall.

Urban Concept: The building is envisioned as an extension of the public spaces. Its outermost layer is composed by a vertical circulation which allows pedestrian to climb to the building top via an enclosed glass circulation system (glass boxes.) While rising, the visitor will stop at suspended publicly programmed "floating rooms" (black boxes.) At a distance the building is seen as both one and two separate buildings, but most importantly as an asset to the public realm rather than a form isolated from the field.

Architectural Concept: The two office towers are consolidated into a set of "Siamese Pair" representing diversity rising out of unity, the rising city. This unique form performs better and more efficiently from the heat loss /gain point of view as less dispersion is generated. It also reacts better to structural and lateral forces. However its ultimate advantage is that of offering unique interior opportunities for the office requirements. In particular, as the building rises offices take advantage of the relationship with the vertical public spaces, allowing for an innovative and pleasant working environment.

Environmental Design: Located on the northern exposure, the black and glass boxes become both an effective filter for the entire building, collecting, harvesting and recirculating water, light, and energy. The sinuous building shape is ideal against winds and sun glare. The building skin is made of several layers of glass with an inner photosensitive film who is able to adjust to the amount of solar impact and become more or less transparent.